Using the Linseis LSR-Platform, thermoelectric materials in the form of bulk materials and thin films can be characterized in an easy and comfortable manner. In the basic version – LSR-1, both the Seebeck-Coefficient and the Electric Resistance can be measured fully automatically and simultaneously from -160°C up to 200°C.

The basic version of the LSR-1 (RT up to 200°C) can be combined with various options to expand the range of applications. For example, the low-temperature option allows fully automatic measurements with LN2-cooling down to -160°C as well as quench cooling to 80 K (resistivity only). An optional high temperature probe stage allows resistivity measurements up to 600°C. With the illumination option it is possible to perform thermoelectric measurements under a defined influence of light, using a 3-Wavelength LED light source on the LSR-1.

The LSR-1 System permits the characterization of metallic and semiconducting samples according to the well-known Van-der-Pauw (Resistivity) as well as static DC and slope Seebeck-Coefficient measurement technique.

The compact desktop setup allows a fully automatic and software controlled operation. The comprehensive Windows based software provides an easy to use user interface, including wizards for setting up a measurement profile, feedbacks for the reliability of the measurement data and an integrated measurement data evaluation and storage the vacuum tight measurement chamber in combination with a selection of gas dosing systems ensures that all fields of application can be covered. 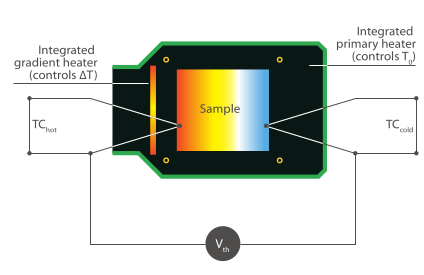 In order to determine the specific electric resistance (or the electrical conductivity) of the sample, the Van der Pauw measurement technique is used. As a result, samples of arbitrary shape can be analyzed and parasitic influences such as contact or wire resistances are suppressed and the measurement accuracy can be significantly increased.

For the Van der Pauw measurement, the sample needs to be connected with four electrodes directly on the edge. In the first step of the routing, a current is caused to flow along two contacts at one edge of the sample and the voltage across the other two contacts on the opposite edge is measured. From these two values, a resistance can be found using Ohm’s law. In the second step, the contacts are cyclically switched and the measurement will be repeated. The sheet resistance of the sample can then easily be calculated by inserting the two measured resistances (horizontal and vertical) into the Van der Pauw formula and solving it. 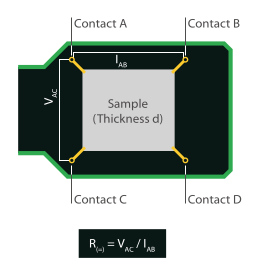 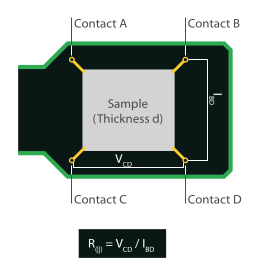 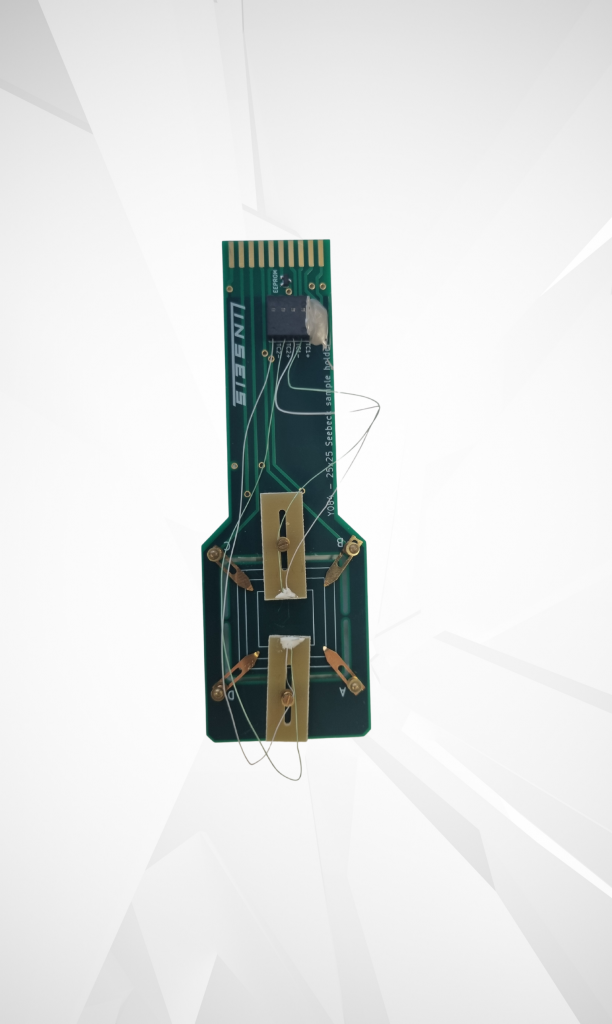 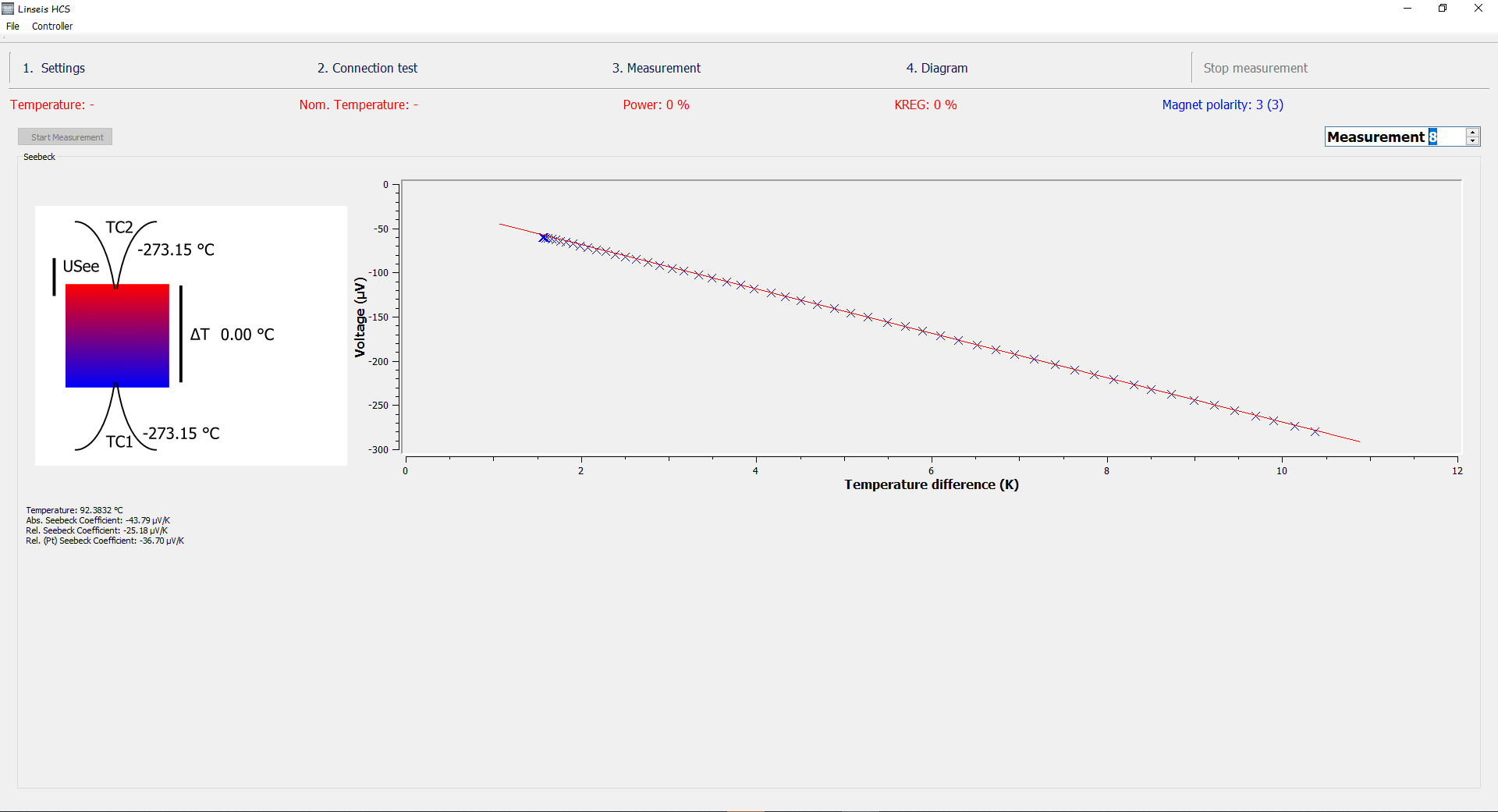 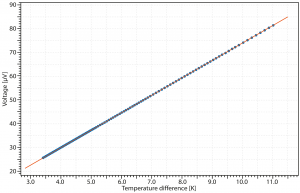 Seebeck coefficient is determined by the slope of the linear regression. 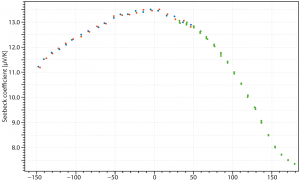 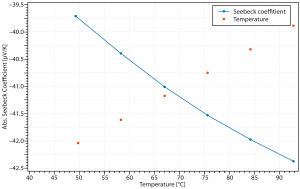 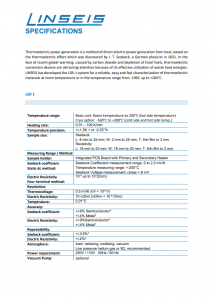