If two electrical conductors are in contact with each other forming a closed cycle, there can result an electric voltage if the touching point and the point where the voltage is measured have different temperatures. The resulting voltage is given by the equation:

The voltage is produced by thermal diffusion due to high-energy electrons at the warm contact point that are diffusing to the negative side. This causes a constant electron transport from the positive to the negative conductor while also heat energy is transferred resulting in a lower Seebeck effect.

Decisive for the characteristics of a conductor is the figure of merit. This parameter, also known as “ZT” includes the temperature, the Seebeck-coefficient (square), the thermal conductivity and electrical conductivity.

The scheme shows the behavior of insulators, metals and semiconductors. The carrier concentration, seebeck coefficient and thermal conductivity give the characteristic value “ZT” or “figure of merit” that describes the thermoelectric behavior of any material with one value. 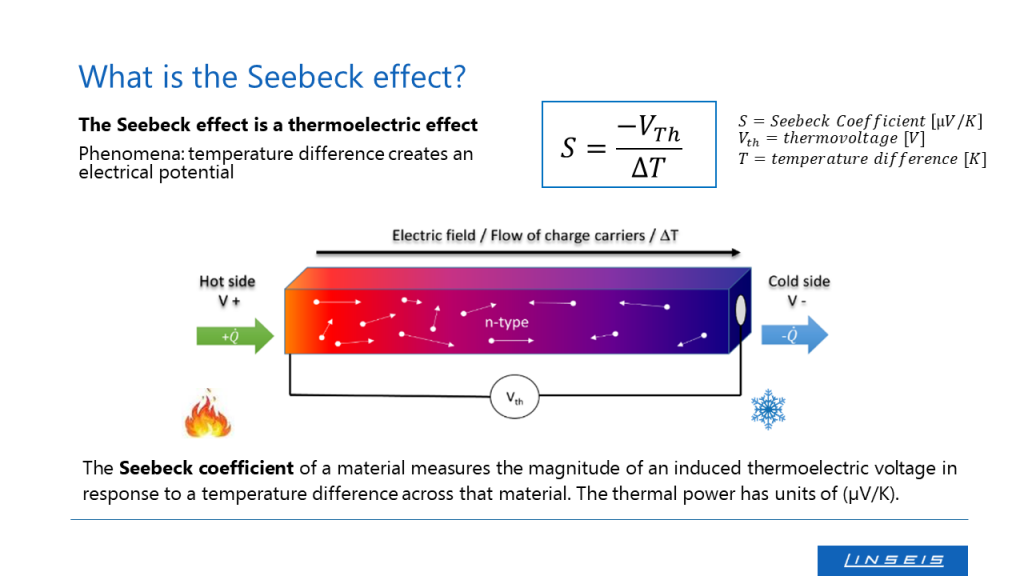 You are working in the field of analysis of thermoelectric materials and would like to learn more about the determination of the Seebeck effect and others? Take a look at our webinar!