Linseis is the leader in thermoelectric instruments for measuring the effectiveness of thermoelectric materials. Our equipment helps test the qualities of these materials so they can be optimized for their intended purposes.

Seebeck coefficient and electrical resistance are measured fully automatically and simultaneously from -160°C to 200°C.

The Linseis TEG Tester is a measuring system for temperature-dependent efficiency evaluation of thermoelectric generators (TEGs).

for a complete ZT measurement

Thermoelectricity generally describes the mutual influence of temperature and electricity in a material and is based on three fundamental effects: the Seebeck effect, the Peltier effect and the Thomson effect. The Seebeck effect was discovered in 1821 by Thomas J. Seebeck, a German physicist, and describes the occurrence of an electric field when a temperature gradient is applied in an electrically insulated conductor. The Seebeck coefficient S is defined as the quotient of negative thermoelectric voltage and temperature difference and is a purely material-specific quantity, usually given in the unit µV/K.

In view of the ever increasing scarcity of fossil fuels and the recent findings on global warming due to rising carbon dioxide emissions, the field of thermoelectricity has once again become a focus of public interest due to its effective use of waste heat. The aim is to use the waste heat from heat engines, such as automobiles or conventional power plants, by TEG, or thermoelectric generators, to increase their efficiency. However, efficient thermoelectric materials are also of great interest for cooling applications using the Peltier effect, such as the thermostatting of temperature-critical components in lasers.

The thermoelectric conversion efficiency of a material is usually compared using the dimmingless figure of merit ZT. This is calculated from the thermal conductivity, the Seebeck coefficient and the electrical conductivity.

To meet this trend, we have developed an instrument for simple and extremely precise material characterization. The Linseis LSR-3 can determine both the Seebeck coefficient and the electrical resistivity of a sample in a temperature range from -100° C to 1500°C in a single measurement.

Overview of applications and samples

Below you will find an overview of the various measuring instruments for thermoelectrics. This should serve you as an orientation. If you have questions about a measurement or a material, you can always send us a message via the contact form.

* Calculated thermal conductivity from the Harman method for direct ZT measurement. The Harman method is only applicable for good thermoelectric samples from -100°C to +300°C.

** Seebeck and resistivity of thin films can be measured, but the Harman method is only applicable to solids, not thin films.

*** Seebeck and thin film resistivity can be measured, but the LFA method is only applicable to solids and thicker films (> 100 µm). 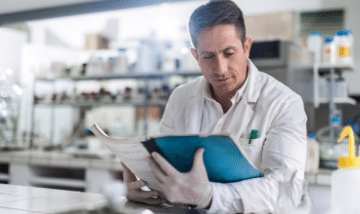