What is thermal stability?

A plastic is thermally stable if no decomposition occurs under the influence of temperature. The opposite of thermostability is thermolability.

When organic substances or plastics are exposed to heat, light and, above all, atmospheric oxygen over a long period of time, a so-called aging process takes place. This process affects not only the chemical but also the physical properties of a material. This is noticeable as follows: On the one hand, it is a slow oxidation of individual components, on the other hand, some molecules are not stable in the long term and decay after an unknown time. 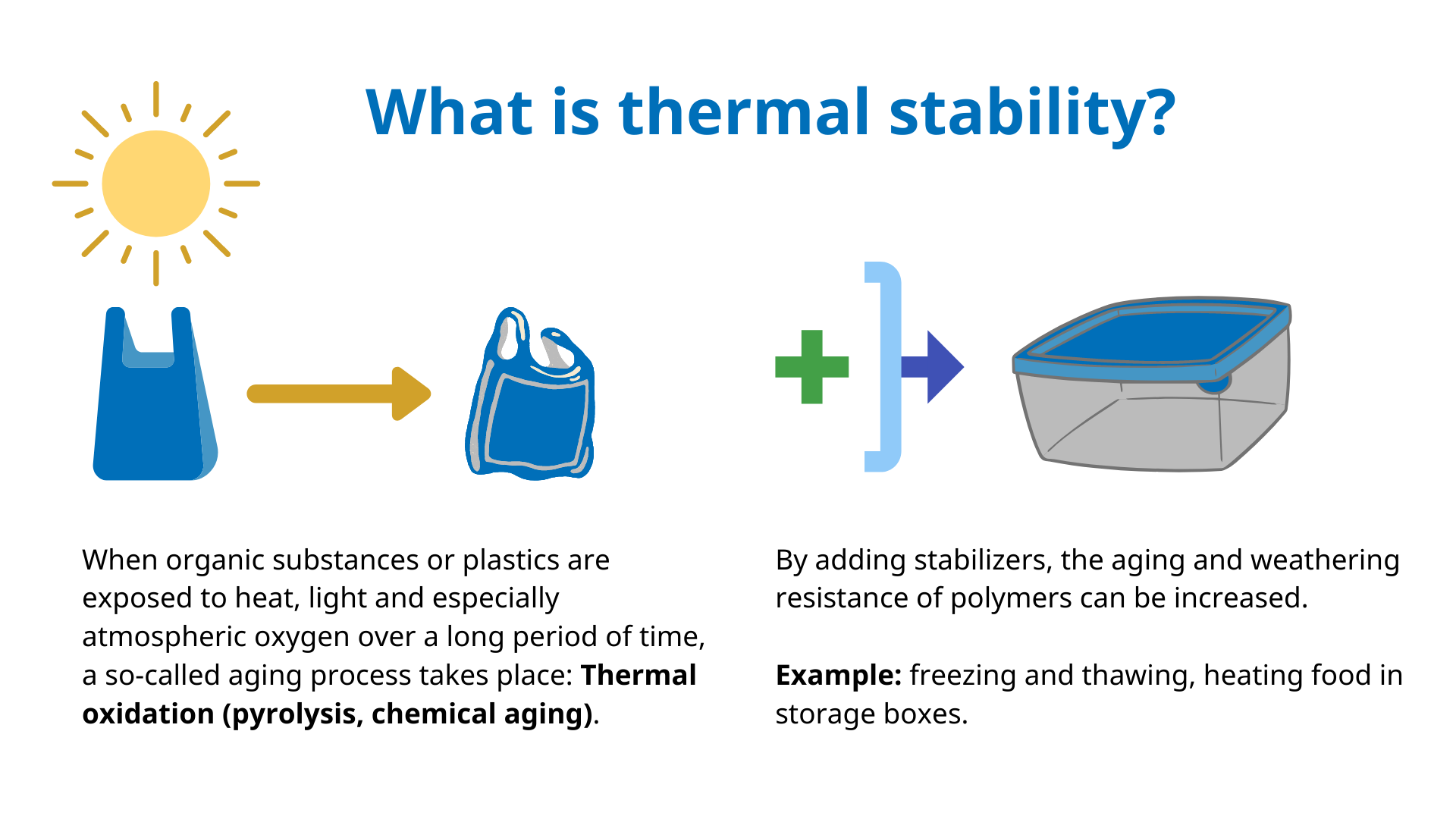 To investigate the thermal stability of such compounds, the “OIT test” is often used, where OIT stands for “Oxidation Induction Time”. In this test, the sample to be tested is brought to a temperature below the melting point under an inert atmosphere.

Then the atmosphere is changed to oxygen or air and the calorimetric signal is measured. After a time, oxidation will start, which is usually manifested as an exothermic reaction, and the sample temperature will rise slightly as a result.

From this small increase one can read the corresponding reaction time and this thus gives the OIT time. A statement about the reaction rate and decomposition rate of the onset of oxidation can also be made using DSC, if the data is evaluated with the associated software.

Which standard applies to the measurement of thermal stability?