Difference between water vapor and relative humidity in thermal analysis

When water is heated to its boiling point or higher than that, the water changes its agregate form from liquid to gaseous. It is then existing as water vapor (steam). If this steam is introduced into any kind of reaction chamber or instrument, it is called water vapor application. 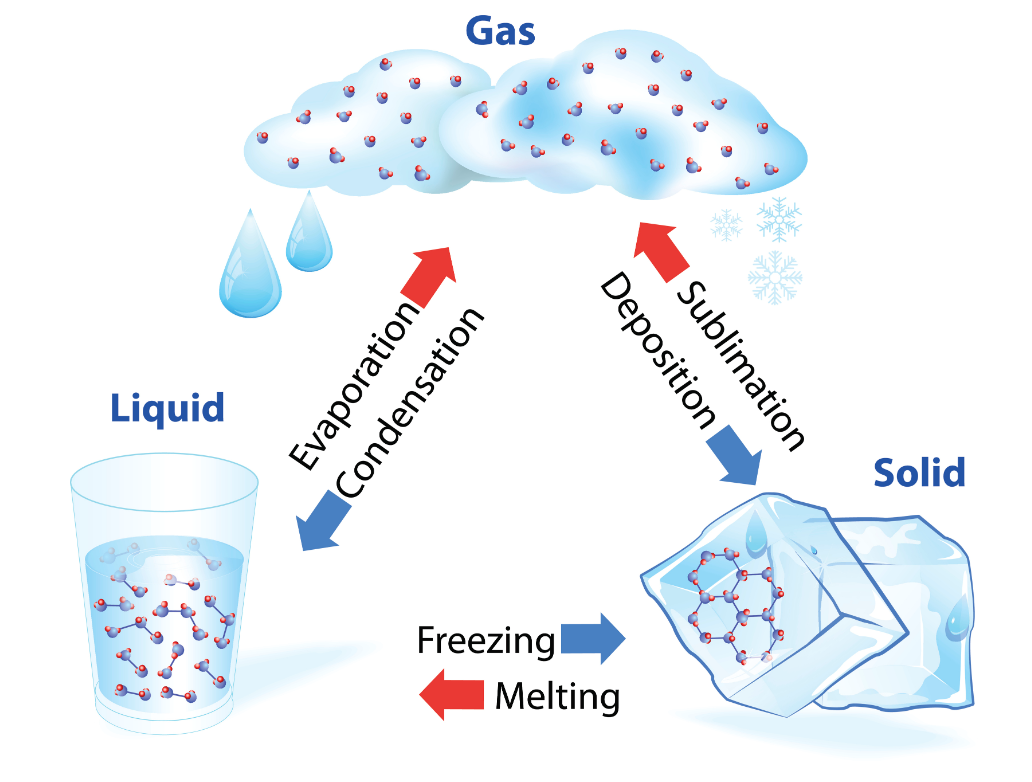 In contrast to the relative humidity, above the pressure dependent boiling point, which is 100°C at sea level conditions, water is only existent in its gaseous phase, in the form of water vapor. By mixing water vapor, produced in a water vapor generator, with a carrier gas like air, nitrogen or helium, variable concentration (in Vol.-%, wt.% or ppm) of the water vapor in the sample gas can be adjusted within our analyzers.

In addition, depending on the application, the gas atmosphere within the device can be static or dynamic. Typical investigations for dynamic water vapor atmospheres include isothermal heating of a sample and subsequent dosing of a defined water vapor concentration to induce a reaction. This can be for example adsorption, desorption, reduction, oxidation or transformation measurements.

In thermal analysis, water vapor generators are typically used in combination with thermobalances like TGA and STA (at elevated pressure range) as well as dilatometers.

In addition to the concentration and the temperature, the pressure level of the atmosphere can be controlled, as it has a big influence on the experiment. A high-pressure level is especially of interest for shifting of the equilibrium conditions of reactions, e.g. for coal or biomass gasification, which can be investigated using our High Pressure STA Analyzers.

Nevertheless, with increasing the pressure level, new boundary conditions have to be considered. For example, an increase of the pressure level shifts the boiling point to higher temperatures, until it reaches the so-called critical point.

On the other side, the maximum pressure level of gaseous water is defined by the saturation vapor pressure curve. If the pressure gets to high, the water will condense. For higher temperatures or pressures, above the critical point, the density of the liquid water is just as big as that of the gaseous water, so it cannot condense any more. This is called a supercritical state, e.g. superheated water vapor.

In order to produce a H2O atmosphere in the furnace at temperatures above 100 °C, a water vapor generator must be used in combination with our systems. The generator evaporates water without necessarily mixing the residual water vapor with other purge gases, which allows 100% H2O atmosphere at the sample. Nevertheless it can also be diluted by adding dry gases using MFCs. The mixture is given as variable concentration (in Vol.-%, wt.% or ppm) of the water vapor in a dry carrier gas.

The typical example for water vapor applications at elevated temperatures and pressure levels are coal and biomass gasification experiments.

The given example shows a typical gasification experiment of charcoal. The coal sample was heated to an isothermal plateau under nitrogen atmosphere at 50 bar pressure (High Pressure TGA – Thermo balance). The mass signal shows the loss of volatile components between 20 and 40 min. After water vapor was added, the coal was gasified and nearly completely consumed after 150min, leading to H2, CO, CH3OH and other useful reactive gases, as shown by the red mass loss curve. The whole process can be described like this: Carbon reacts with water vapor to a mixture of carbon monoxide and hydrogen. The obtained carbon monoxide can react with a second water molecule to carbon dioxide and additional hydrogen and finally the resulting hydrogen can form methane and other hydrocarbons out of carbon monoxide. 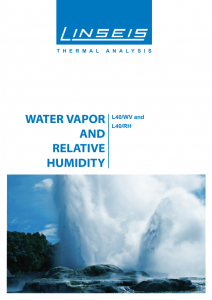