Quattro-dilatometer – 4 samples in one run

Another feature included in this Quattro Dilatometer is an automatic furnace lift mechanism. This feature automatically lifts the furnace at the end of each measurement without any operator interaction.

This allows the user to insert new samples while the furnace is still cooling down, when a second or third furnace is mounted on the system the sample throughput can be even further increased significantly.

The Quattro-Dilatometer uses a unique amplifier with automatic zero setting for all four samples. Furthermore there is a “manual push rod speed release” for each sample. With this feature all four samples can easily be changed and seated correctly for high accuracy measurements.

We are proud to say that as far as we know Linseis is the only supplier worldwide, that can offer this highly specialized dilatometer. This is another example of our powerful line of thermal analysis instruments. 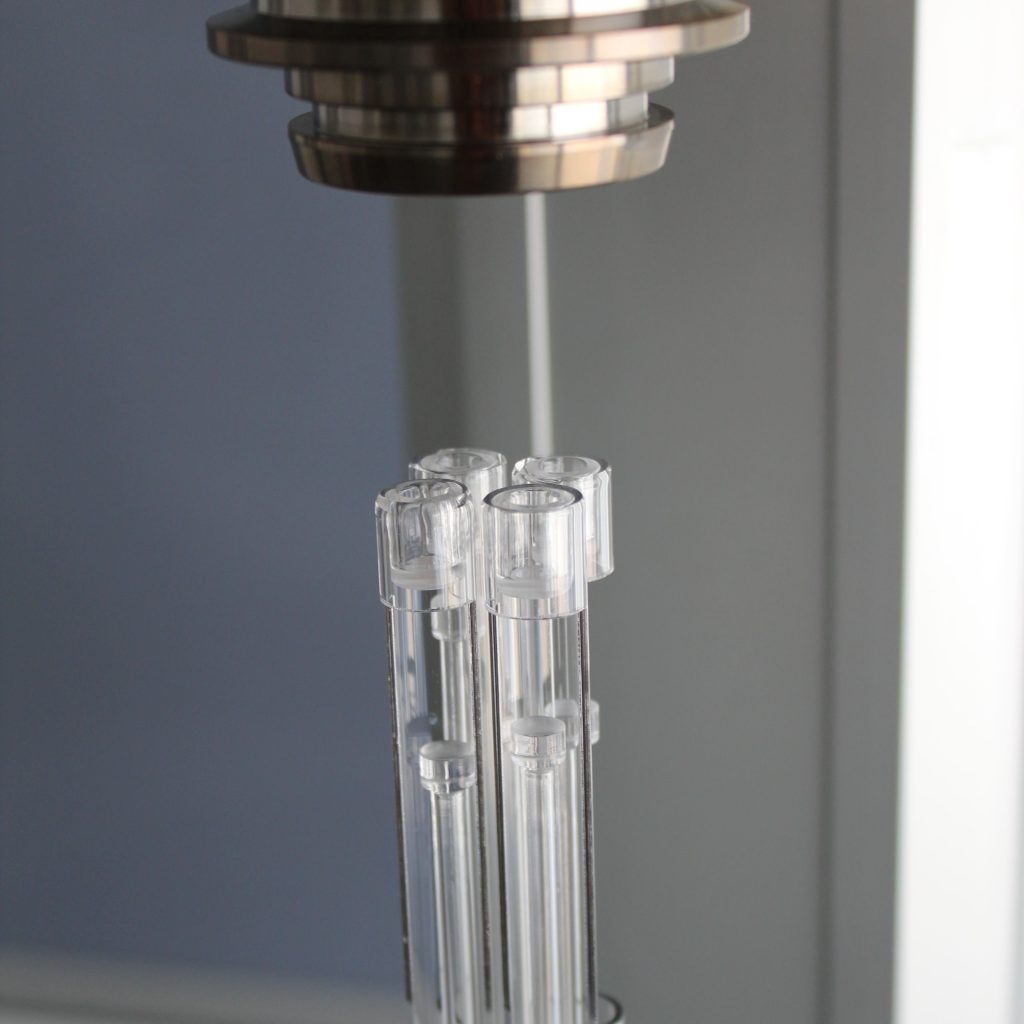 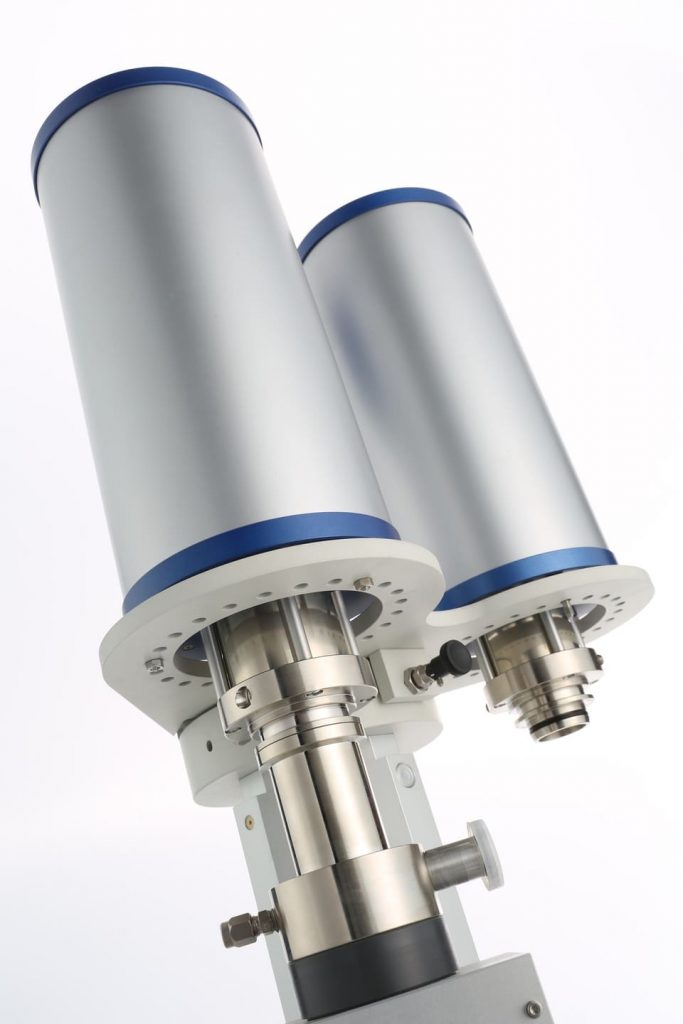 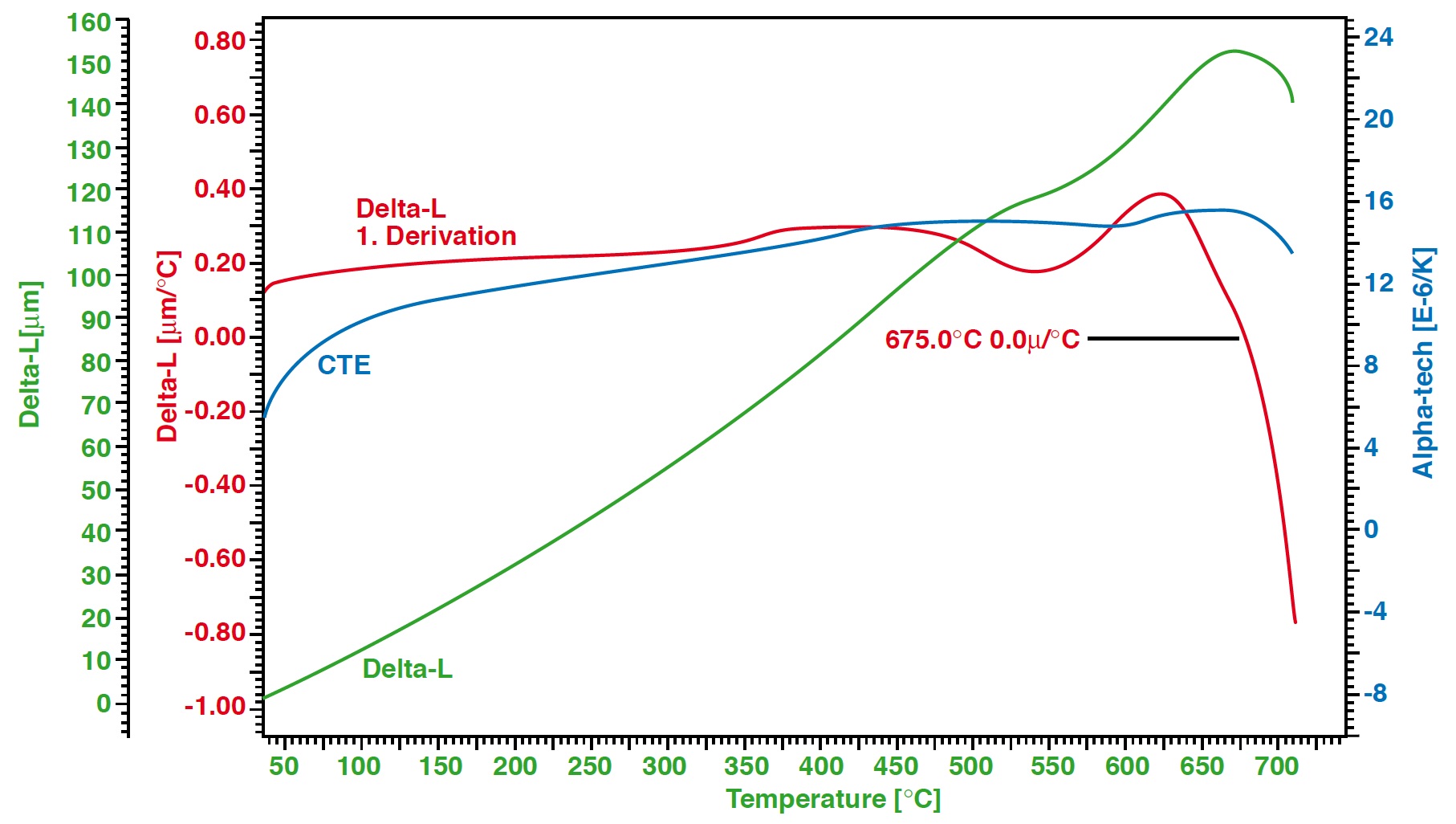 In production processes of high-tech ceramics a simulation of sinter processes is of high interest. When using the optional software package RCS (rate controlled sintering) it is possible to program controlled sintering with a dilatometer as per PALMOUR III theory. The following application is a sintering process of ZrO2. Here the final density of 100% is achieved. The initial heating rate decreases as the final density is reached. 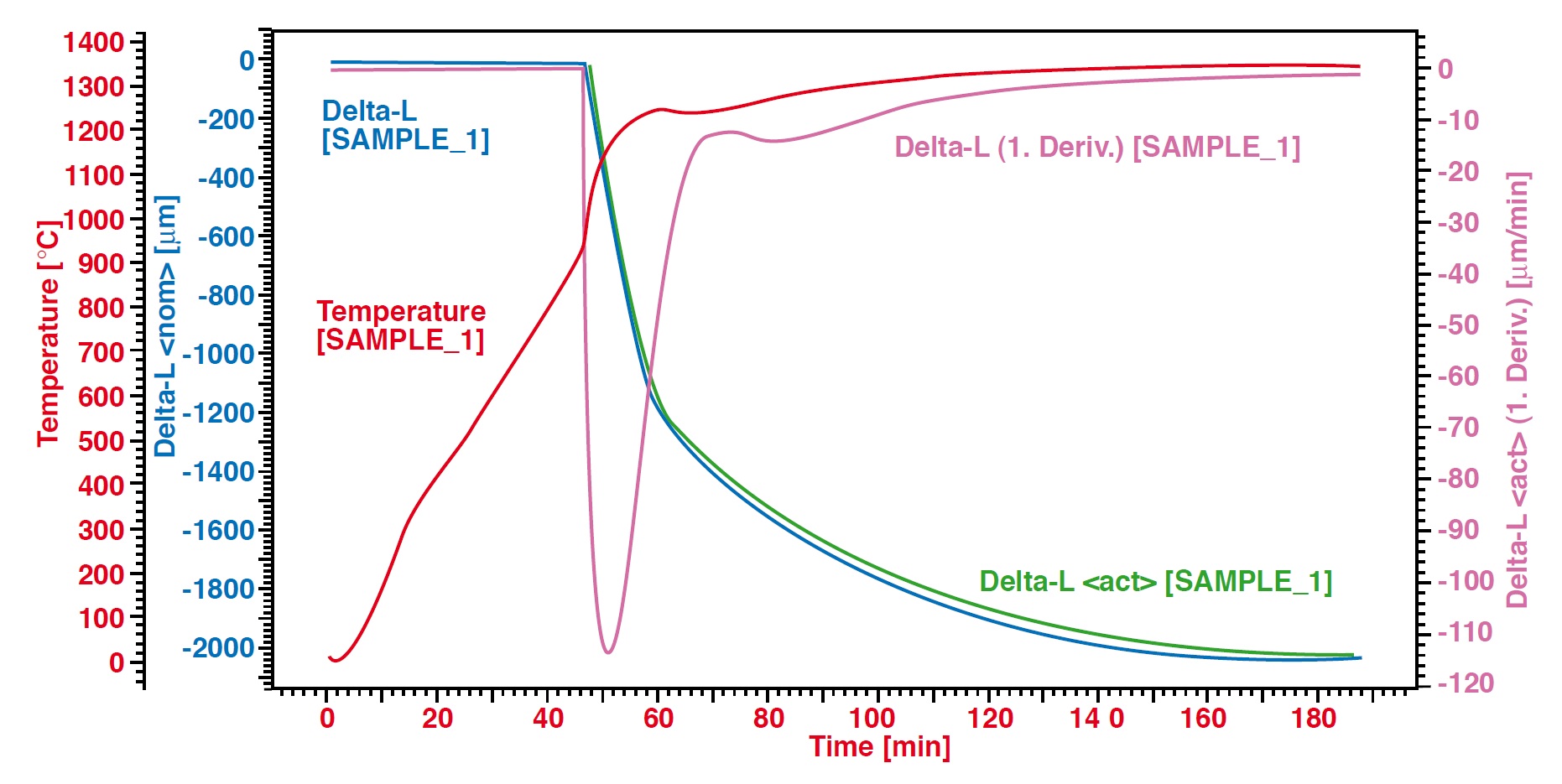 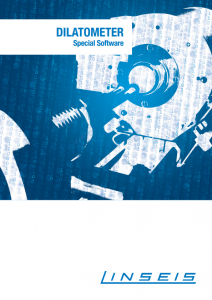