The Linseis LFA 500 Light Flash offer a versatile tool to measure the Thermal Diffusivity, Thermal Conductivity and Specific Heat Values for up to 18 Samples at the same time.

Information of the thermo physical properties of materials and heat transfer optimization of final products is becoming more and more vital for industrial applications. Over the past few decades, the flash method has developed into the most commonly used technique for the measurement of the thermal diffusivity and thermal conductivity of various kinds of solids, powders and liquids. 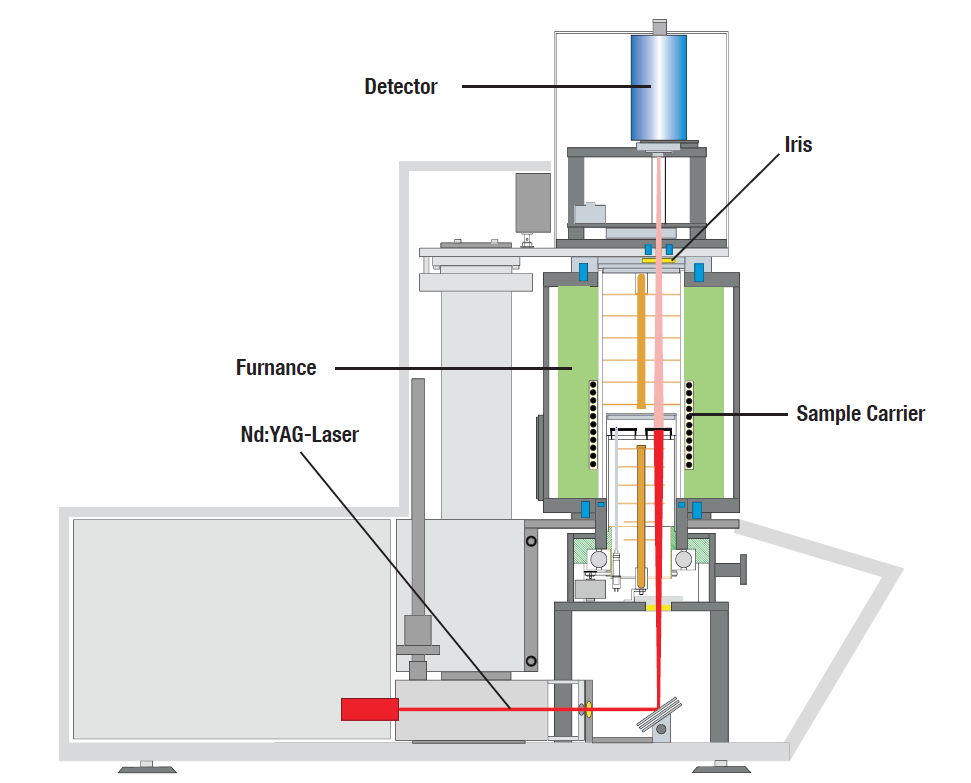 The sample is either positioned on a sample robot, which is surrounded by a furnace (LFA 500-LT/500/1000) or within one out of five microheaters located on a moveable linear stage (LFA 500/1250). For the measurement, the furnace is held at a predetermined temperature and a programmable energy pulse irradiates the back side of the sample, resulting in a homogeneous temperature rise at the sample surface.

The resulting temperature rise of the surface of the sample is measured by a very sensitive high speed IR detector . Both, thermal diffusiviy and specific heat can be determined from the temperature vs. time data. If the density (r) is identified, the thermal conductivity can be calculated: 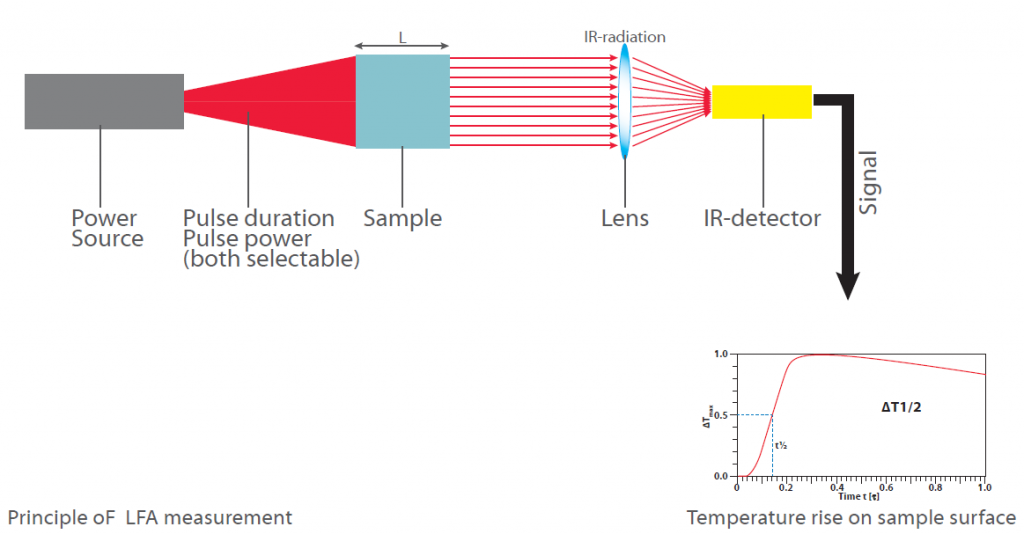 Worlds only combined solution for combined heat loss and finite pulse corrections for the flash method.
One fits all model. No more uncertainty of selecting the appropriate model. 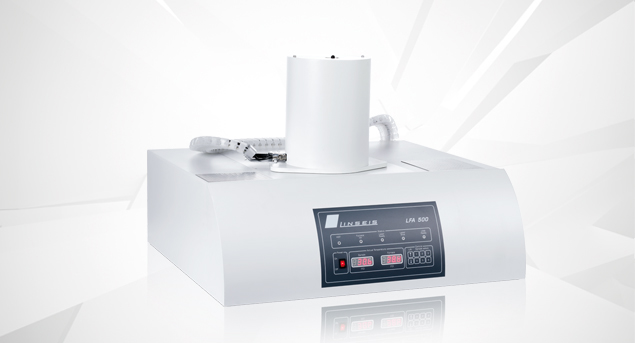 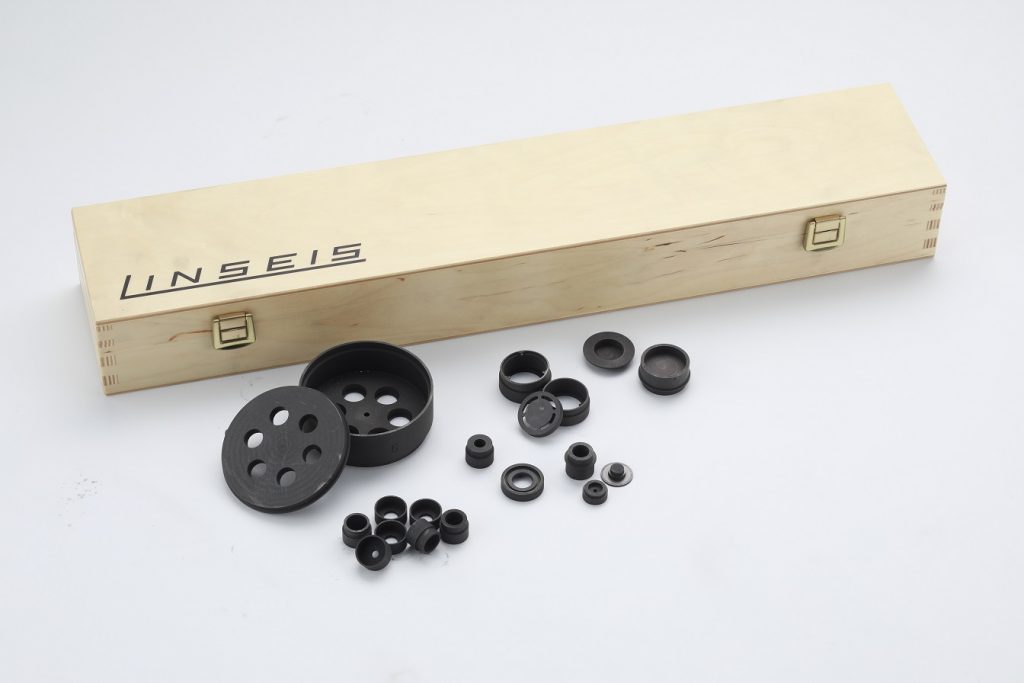 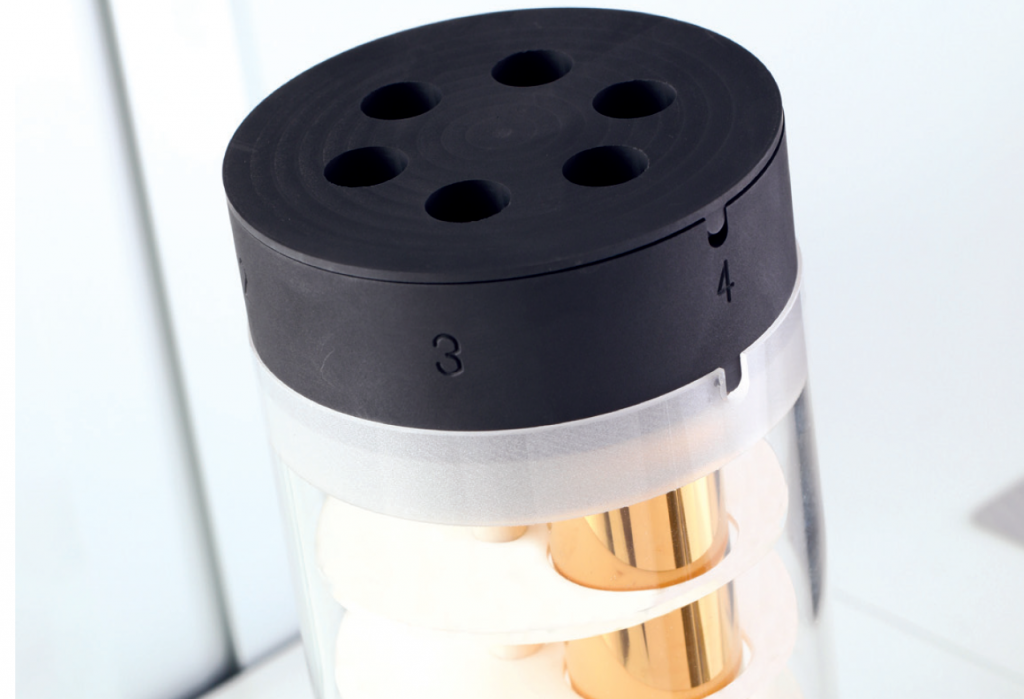 Sample carrier: 6 samples round or square

PTFE is a versatile material and used in many different industries/applications such as chemical processing and petrochemical sectors: used for vessel linings, seals, spacers, gaskets, well-drilling parts and washers, since PTFE is chemically inert and resistant to corrosion. Laboratory applications: Tubing, piping, containers and vessels due to resistance to chemicals and the absence of contaminants attaching to the surface of PTFE products. Electrical industry: used as an insulator in the form of spacers, tubing and the like Virgin PTFE had been approved by the FDA for use in the pharmaceutical, beverage, food and cosmetics industries in the form of conveyor components, slides, guide rails, along with other parts used in ovens and other heated systems. Semiconductor sector: used as an insulator in the production of discrete components such as capacitors and in the chip manufacturing process. 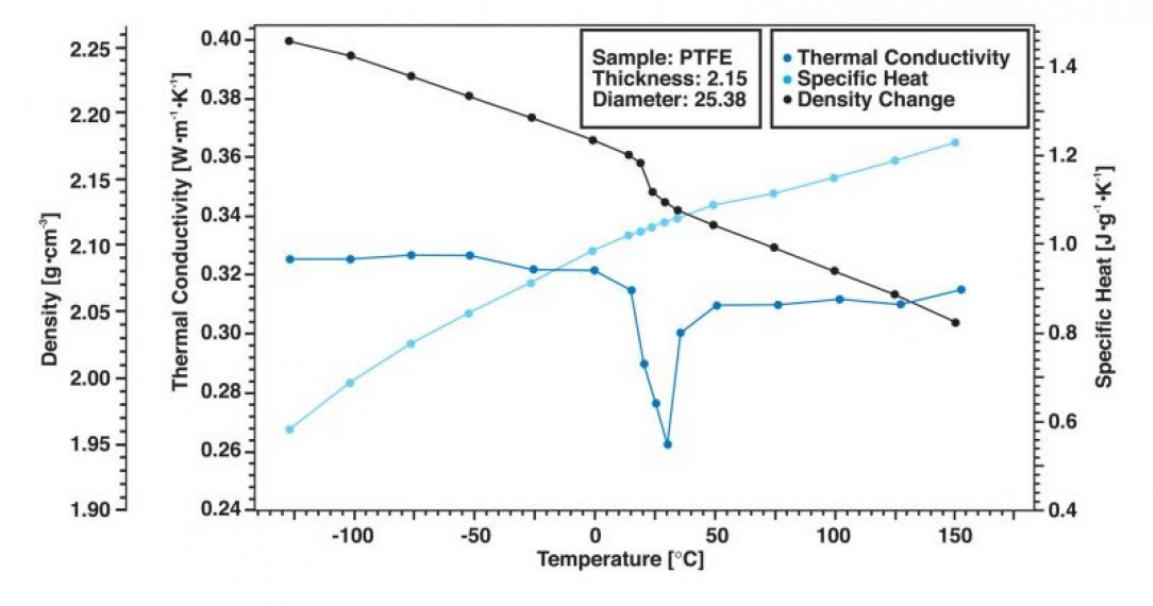 BCR 724, a standard glass ceramic has been measured using LFA 500. Therefore, a small disc of 1 mm thickness and 25 mm diameter was cut out of a plate of bulk material and coated with graphite for the measurement.

A graphite sample has been investigated using the LFA 500. Thermal diffusivity has been determined directly at several temperature between RT and 1100°C. Specific heat capacity has been determined using a known graphite standard in a second sample position as a reference in the same measurement. The product out of diffusivity, specific heat and density gives the corresponding thermal conductivity. The result shows a linear decreasing thermal conductivity which is typical and a thermal diffusivity that is showing a plateau above 500°C. The Cp is slightly increasing over temperature.

Pyroceram, a glass ceramic trademark of Corning used as a standard material in various applications, has been measured using the LFA 500 to show the reproducibility of thermal diffusivity values. In total 18 measurements were performed with 18 samples that were cut out of one bulk block. Each sample was measured separately and the result shows a spread in the result that is in a range of +/- 1 % in a temperature range up to 600°C. 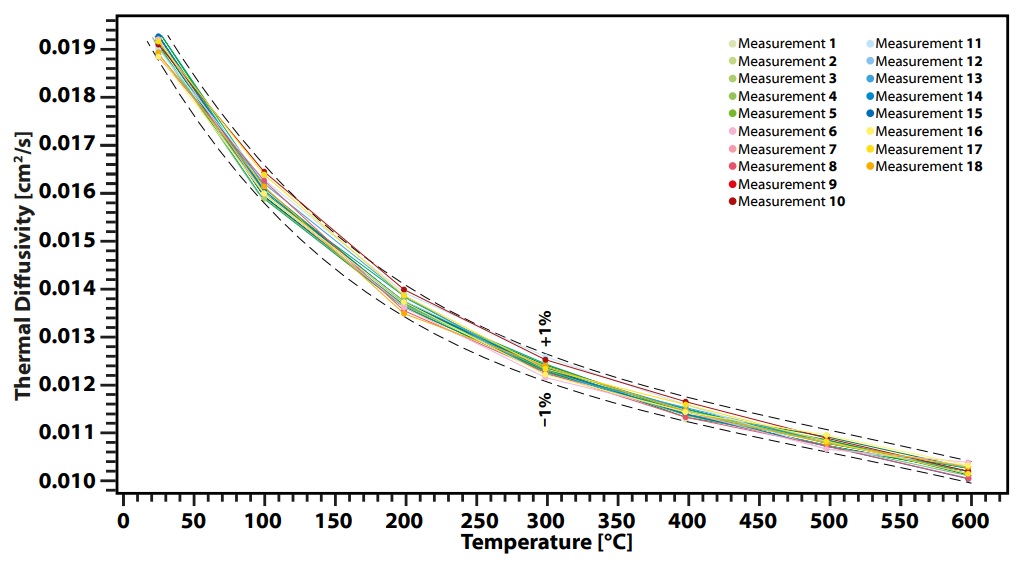